New DEMAND Boccia ramp for the athletes in Mettingen, Germany

With the financial support of a Trust a high-tech ramp made by the UK based charity DEMAND could be purchased (More about DEMAND’s range of ramps here).

Ths means the Boccia athletes’ Sarah and Alexander are now able to practice their sport with the new ramp. Both athletes meet on a regular basis to practice at the Ernst-Klee-Schule, a special school for physical development in the North-West of Germany. Both players have been practicing together for about 5 years. Their biggest sporting achievements so far are a runner-up by Alexander and a 6th place by Sarah at the German championship.

Even though the sport was included in the German paralympic games, Boccia is not very well known yet. However within the sport there is fierce competition amongst the BC3 Boccia athletes. By now, the biggest barrier is the qualification for the German championship. As there are only few tournaments overall, all the more that there is great competition to be picked for inclusion in these events.  Therefore, the Boccia ramp from DEMAND in England came just in time. Especially as Sarah is very excited and hopes to be able to participate at the national championship again next year with the aid of the new ramp and a lot of practice.

An additional athlete of the team in Mettingen has already accomplished success by securing a spot at the championship.

Alban participated in the BC1 category and won at this year’s qualification tournament, which was also attended by the national team coach. He outmatched the other Boccia players in all of his games. He is now hoping to be able to continue his great performance at the 10th German championships, which takes part near Munich this Autumn (2013). 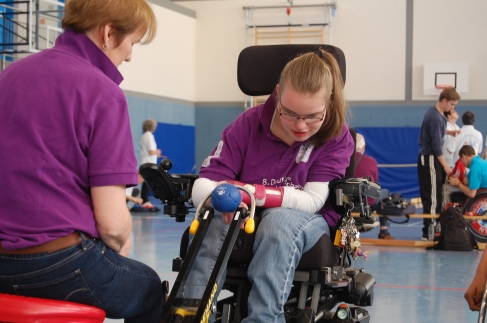 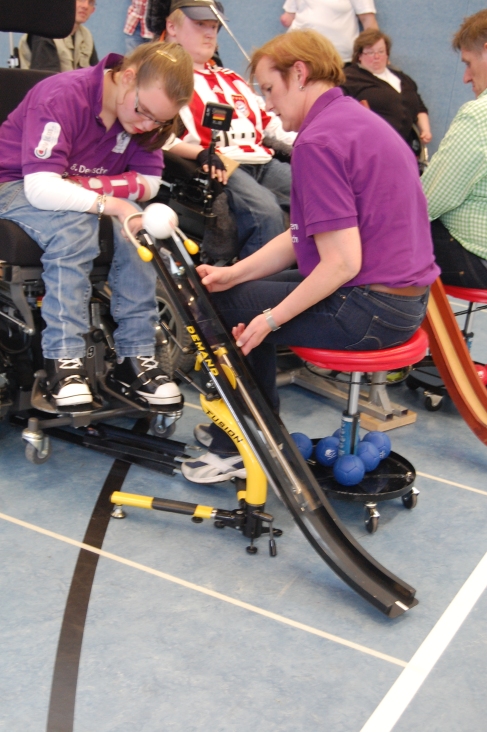 Boccia 2016 Paralympics CompetitionSeptember 7th, 2016
Good luck to all the 2016 competitors