Via Inside the Games

Daniel Michel is set to become the first Australian to compete in boccia at the Paralympic Games since Sydney 2000 after being selected for Rio 2016.

The 21-year-old from Sydney earned a place in Brazil after finishing sixth in the BC3 category at this year’s World Individual Championships in Beijing.

“To have a boccia athlete like Dan earn the right to represent Australia at the Paralympics for the first time since Sydney 2000 is a testament to the hard work the APC and our partners have put into developing the national programme over the past four years.”

“Daniel has shown immense commitment and determination in reaching this point, and has proved himself to be a true leader for up-and-coming athletes with more severe disabilities,” said McLoughlin.

“He has been training exceptionally hard, and I’m looking forward to not only seeing him put this truly unique Paralympic sport into the spotlight in Australia, but for this to ensure a brighter future for the sport.”

Australia were represented by three men and three women at Sydney 2000 but none of them won a medal.

It feels like a really good reward for the effort I’ve put in this qualification period.

“Being the first person to represent Australia at a Paralympic Games since Sydney 2000 is a massive honour.

“I’m really proud to have that title and to be doing that for my country.

“I’m hoping it’s going to have a huge impact on the sport and on the reputation and perception of people with severe disabilities.

“The overriding public perception surrounding severe disabilities is that people living with these disabilities aren’t really capable of succeeding in a sporting atmosphere.

“There’s an emphasis on being successful through academia, but sport is never really promoted as an avenue through which people with severe physical disabilities can achieve enjoyment and also success.

“I think when people see boccia at the Paralympics and see all these athletes competing with severe disabilities; it’s going to really widen their ideas of what people with disabilities are capable of doing. It’s going to help shift those perceptions.

“I think it’s going to go a long way in opening the eyes of people living with disabilities, and it’s going to show them the opportunities they have to play and compete in a sport.”

The winner of the Paralympic gold medal in the BC3 class at London 2012 was South Korea’s Ye-lin Choi, who beat team-mate Ho-Won Jeong in the final.

Via Inside the Games

Via GB Boccia
The squad won six medals from seven events with David Smith taking BC1 Gold the highlight.

The Team won one and lost one in their pool to qualify for the semi-finals where a 14-2 victory over Brazil saw them take on Japan in the final. The match finished 7-7 but Japan presided on the tie-break to take Gold.

The Pair won all three of their pool games, scoring 32 points and only conceding one. They beat Belgium 10-1 in the quarters but went down 4-1 to eventual winners Russia. They got back on track with a 10-1 win over Sweden to take Bronze

The Pair were drawn in a tough pool and lost to Slovakia and Germany with a solitary win against Russia. Brazil beat Canada in the final.

Smith went through the competition unbeaten sailing through the pool and knock out games, beating Daniel Perez of the Netherlands to take Gold

All GB athletes made it out of their pools. Claire Taggart came up against World Cup 2010 winner Abilio Valente of Portugal in the last sixteen and lost 11-1. Rowe and Murray both made it as far as the semi finals but both were knocked out, Rowe by World no 2 Maciel Santos of Brazil and Murray by Bernd Meints of the Netherlands. It was therefore an all GB scrap forBronze with Murray prevailing 7-1.

McCowan and Thomas both bowed out at the last 16 stage while Wilson, having won all of his pool games was halted at the semi final stage by Canada’s Eric Bussiere. He bounced back to take Bronze with a 4-0 win over Brazil’s Evelyn Oliviera who had previously beaten Thomas.

World Champion McGuire followed a similar trajectory to Wilson with Pedro Clara of Portugal his conqueror in the semi final. Like Wilson he regrouped to defaet multiple Paralympic medalist Eliseu dos Santos in the Bronze match. Steer and Edwards both went out in the last 16, Edwards beaten by McGuire.

Turkey Physically Disabled Sports Federation deputy president İlhami Kılınçkaya dispersible in his speech at the opening of the sports champion in the living room, boccia, he says that there is a sport for people with severe disabilities.

Boccia’s also a Kılınçkaya indicating that the paralympic branch like other branches, “Engel you have a sport that we do whatever. Already we are aimed at people with disabilities, to both improve themselves with sporting activities, as well as in the social sense is to allow them to express themselves much more comfortable,” he said .

The Provincial Director Cuneyt Alkan “our disabled brothers that we are always with them every time I expressed.Paralympic Centre open our doors to them until the end, we are ready to support any subject, “he said.

Kılınçkaya also come to our country in Aksaray 74 candidates for the coach and referee training boccia that the US gave a plaque of appreciation to all three trainers.

Turkey Physically Disabled Sports Federation by paralympic boccia before the championship in the direction of development in our country of the sport for two days in Aksaray US three trainers Mark Floraswick, Johnson, Harold and given coach and referee training by Dianne Fowler.

on winning the championship teams and athletes are as follows;

Posted in: Europe, News from...

Via the International Paralympic Committee

Brazilian boccia star Maciel Santos hailed the new venue for Rio 2016 Paralympic Games, as it was unveiled on Saturday (14 May).

“For me the Paralympic Games start now,” the London 2012 gold medallist said during the inauguration of the venue.

Carioca Arena 2, which will also stage judo and wrestling during the Olympic Games, was unveiled in the Barra Olympic Park. Santos, who won gold in the individual BC2 category in London, and will compete at the new arena in September, has already started to envisage stepping out in front of a home crowd.

“You see yourself, the court, the crowd, your relatives, the Brazilian fans. It will be like how we saw in London. I hope the Brazilian public really gets behind this Paralympic sport,” he said.

Brazilian Olympic champion Sarah Menezes was also excited by the opening of the new arena.

“To see everything ready like this is even more motivation. It’s a sign that it’s nearly here, it’s close,” said the gold medallist in the up to 48kg class at the London 2012 Paralympic Games. “It’s good to know that everything is on track, that the structural things are being sorted.”

Dubi was full of praise for the new venue, saying: “When you see an arena like this, everyone [involved] should be proud and I hope they are.”

After the Games, Carioca Arena 2 will become a training facility for weightlifting, wrestling, badminton, fencing, rhythmic gymnastics, trampoline gymnastics and table tennis. It will comprise part of the Olympic Training Centre, the main sporting legacy of the Rio 2016 Games.

Posted in: Boccia Organisations, News from..., South America, the world of Boccia

Jamie McCowan beat Patrick Wilson in a tight match in the semi final of the individual BC3 competition having already overcome him in the pool stage. McCowan ended up with silver after a 6-2 loss to Korea’s Howon Jeong in the final. Wilson took bronze after a 5-2 win over Russia’s Aleksandr Legostaev.

The individual competition had followed a strong BC3 Pairs run for the British duo which ended with a bronze medal. McCowan and Wilson met the Korean pair in the semi and lost 4-1 but beat Russia by the same score to take home a medal.

The Great Britain squad for the 2015 Boccia European Team and Pairs Championships, taking place on the 25th and 26th of July at Surrey Sports Park, has been announced.

Part of the UK Sport Road to Rio series, the Championships see the top eight sides in Europe in each classification travel to Guildford. The winners of the BC1/BC2 Team, BC3 Pairs and BC4 Pairs events will all win a direct qualification slot for the Rio 2016 Paralympic Games.

The Great Britain squad is:

Posted in: News from..., the world of Boccia, UK

Sian one to watch out for in the world of Boccia

A YOUNG woman from Goodwick has become the latest player to watch out for on the boccia circuit.Thirty year-old Sian Jones joined the Welsh squad for a Welsh boocia open event held at the Sport Wales National Centre in Cardiff lastweekend.Eighteen players from Wales and Ireland went head to head in a mixed class competition.Sian, who competes in the Paralympic BC2 classification, played in five close games finishing 12th overall.Angela Miles, disability sport development officer for Sport Pembrokeshire, said Sian was a player to look out for in the future.

via Sian one to watch out for From Milford Mercury.

Dean is the boccia king after huge win

Organised by the NEL Disability Sports Forum and held at Clee Sports Hall, the event brought together competitors from all over the region.

Boccia, one of the fastest growing disability sports, is similar to bowls, but played sat down with red and blue balls targeting a white jack.

Wingate came first in a field of 16 competitors in the senior tournament to emerge victorious.

via Dean is the boccia king after huge win | Grimsby Telegraph.

Fiona was told in March she had been selected to captain the BC/1 classification Australian Boccia team.

Fiona can manoeuvre in her own chair unassisted despite her cerebral palsy disability.

Cleveland MP Mark Robinson visited Fiona to congratulate her on her success.

\”Fiona needs sponsorship to assist with elite athlete requirements such as gym, physio, massage and a venue hall to train in,\” he said. 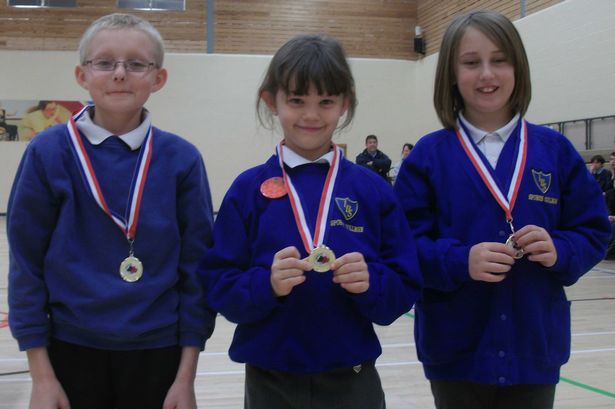 There were 52 teams taking part from 21 schools across Merseyside, mainstream schools that also bring pupils to the tournament include De La Salle, Woodchurch High, St Chads, Mosslands, Haydock High, St Augustines and Rectory Church of England. There are four finals to be played out with the Primary groups coming together for their own final event.